In March of 2020, the Grand Lodge of Australia decided to re-issue a facsimile edition of Australian P.R. Stephensen’s 1930 examination of the disgusting campaign of personal vilification by the British gutter-press towards a citizen of the realm and man of letters, The Legend of Aleister Crowley. Little did I know that over the next 18 months I would be drawn into a sickly miasma of media grubbery, conspiracy fruitcakery, witch trial psychology, and QAnon gibberish.

The reason why the book took so long to prepare was that it took me a long time to wade through this sludge to try and make sense of the non-sensical.

Good news for you though. I’ve read Fritz Springmeier’s Bloodlines of the Illuminati so you don’t have to!

I finished the new intro for the Legend during the November 2020 US Presidential election, which provided the perfect backdrop to the media hell-hole I was fighting to crawl out of. The mainstream US press wanted to know how many babies “Orange Hitler” had eaten for breakfast that morning (FALSE) while asking Joe Biden hardball questions like what his favourite ice cream flavour was (TRUE). Meanwhile, underground, beneath the mainstream morass, Pizza-gaters & QAnoners were counting down the days until the Clintons would face a firing squad and Trump would be raptured to heaven like Elijah.

Trust me, as someone who worked in the media for nearly 20 years, the media takes CRAZY and turns it into BATSHIT CRAZY.

As Crowley wrote in his Confessions:

Twenty years of cheap newspapers had turned the British from the most stolid to the most hysterical nation in Europe. 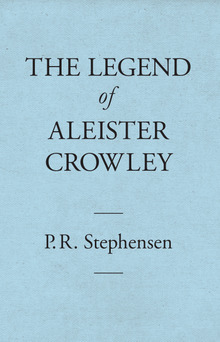