The Italian OTO Grand Lodge has published a new edition of Book Four Parts I-III (I) – with Part IV to be published later this year. This is a revised official publication, edited by the Frater Superior Hymenaeus Beta. It’s a significant development in our translation work. Sister Federica, the recently appointed Initiation Secretary General of Australian Grand Lodge had some part in this work when living in Italy and while living in Australia.

Historically, this new edition comes out 110 years after the beginning of the project at Villa Caldarazzo and 100 years since the revision of Part III at Cefalù. Italian Grand Master Phanes X° commented, “Book 4 is back at home and speaks Italian!” 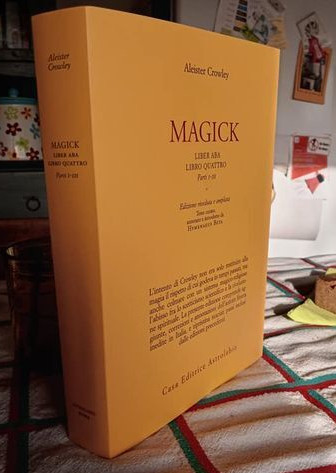 The new edition contains new and revised notes, based upon the Lowry Magick in Theory and Practice typescript received via Charles Stansfeld Jones (Frater Achad). It bears most of the missing pieces of the Curriculum revision done when Achad was Cancellarius. Some important works got their official Curriculum listing, with new Libri numbers:

Other Libri get their official Class imprimatur such as:

Of massive note to OTO is that Liber XV, The Canon of the Gnostic Catholic Mass, is assigned an A∴A∴ publication in Class D.

Also of note, J. Daniel Gunther’s The Inward Journey Books I – III are all listed in Class B, while The Vision of the Pylons is in Class C.

The Outer College of A∴A∴ Grade Curriculum has also been updated according to the Lowry TS.

Sister Federica and Grand Master Shiva X° received a copy due to their involvement in the project and have donated it to the Australian OTO archives. 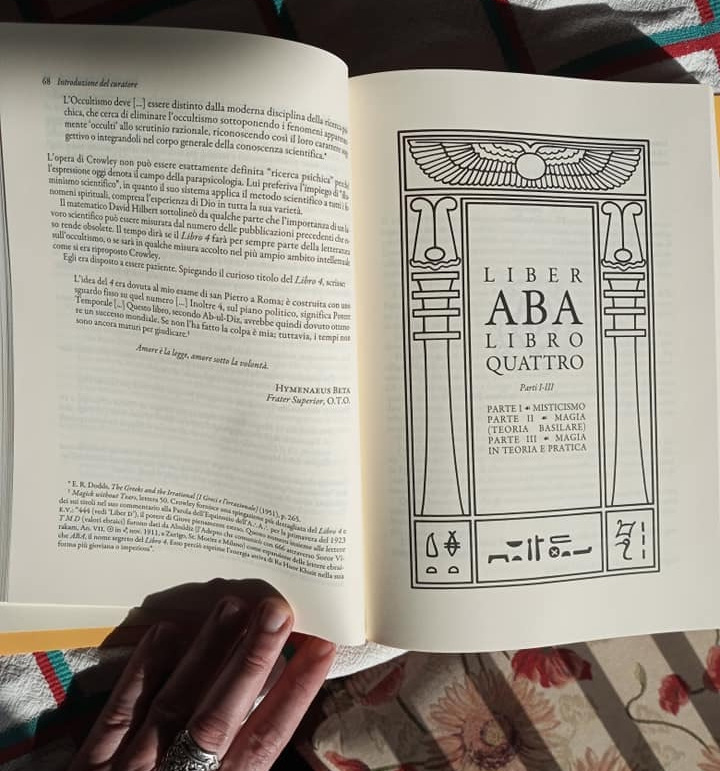