Publications, Ora et Labora and The Legend of Aleister Crowley

Do what thou wilt shall be the whole of the Law.

Last year we started our publication kick-off with Best of OZ, which has continued to be popular, copies being bought regularly.

In the meantime, we have been working on other publications, they all have their own websites with details, and a signup form will give you a sample from the publication. All are part of the same notification list, so if you visit each site, you won’t be double subscribed to anything.

Our publication of The Legend of Aleister Crowley is being finalised. It is a little bit delayed, having been advertised for a publication in 2020 e.v. in the back pages of our previous publication Best of OZ. With the general oddness of this whole year, and new material emerging for inclusion in the publication, the project time-line has been delayed: But we are in the home stretch now.

The final publication will be a facsimile of the original 1930 edition. It’ll be affordable, as the work itself is an important study on how the media can be abused.

Included with it will be: 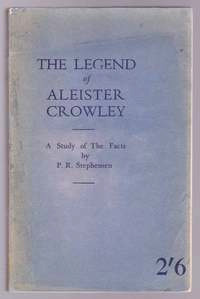 We are happy to announce the upcoming publication Ora et Labora : An OTO Research Journal. And it will be available from all online retailers from 20th March, 2021 e.v. 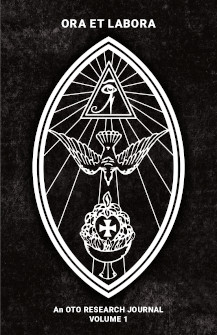 The best way to give a sense of the two volumes, is to take a quote from the Preface, which was written by the Grand Master Shiva X°:

“Since the foundation of the Oriental Templar Order (OTO), our ‘Academia Masonica’ has voluminously published its research, typically covering its traditional curricula in the hermetic sciences and related disciplines such as magic, the yogas, neo-gnosticism and theosophical masonry. If anything, this process was democratised with the Order’s acceptance of the Law of Thelema, with more and more members writing about the new Law and OTO’s constitutional alignment to it, in efforts of promulgation. Today, the Order boasts a worldwide community of scholar-practitioners looking into the theory, practice, worship, antecedents, ethics and morality of Thelema, together with OTO constitutional design, as well as its ecclesiastical and magical practice. Together they celebrate and inculcate the Order’s transformation from masonic to magical Order. The pedagogy behind this research academy and social laboratory I have called “Social Scientific Illuminism.” The Oriental Templar universe of discourse is diverse, with research interests and methods not always expressed in the formal conventions of the Academy, or finding acceptance in the often contrived and compromised academic invention of ‘western esoteric’ studies. There is no readily definable “Thelemic scholarship,” or an OTO one. What we have though, around the globe, is something really exciting going on. The authors in these two volumes of Ora et Labora are a snapshot of this new OTO thought leadership.”

We are officially launching Ora Et Labora on the weekend of the Equinox, with two live virtual events featuring lectures and Q&A with some of the journal’s contributing authors. We’ll be releasing places for those in the coming weeks.

In the meantime, here is a preview of the contents of this exciting research journal!

Love is the law, love under will.